For my shot deconstruction I have chosen to do the peephole shot from the Alfred Hitchcock movie “Psycho.” The reason I have chosen this movie is because Alfred Hitchcock made the most out of all the elements that were available to him when the movie was made. For example his work with lighting to attract attention and contrast the rest of the scene works really well, especially because the whole movie was in black and white. In my factory scene there is a lot of contrast between light and dark as the building is quite worn with a lot of flickering lights and shadows that will be present within the scene.

In this scene you see the antagonist who has previously been made out to be quite shy and mysterious about to look through a peephole that he has hidden behind a painting in his room, the peephole leads to the room of the protagonist Marion’s room. The only source of light in this scene is the light coming from the adjacent room and the light reflecting onto the face of Norman’s eye. The way the camera is set the assigns the light source is made to be the main focus of the shot with Norman framing the hole in the wall and the light directing the viewers eye to the peephole. They have also made it an over the shoulder shot because it creates the feeling that we are looking onto something that we shouldn’t, or that we are possibly trespassing. It also creates further mystery as to what intention Norman has with the main protagonist Marion.

In this shot they have chosen to go for a close up of Norman’s face looking through the peephole. This time the the light coming from the peephole is directing the viewers eye to Normans eye. This shows how light does not only draw attention but it can also guide and frame the main focal point as well.  Having an extreme close up of Norman’s eye here allows the audience to see how wide and attentive he is to whatever he is observing through he peephole. The wideness of his unblinking eyes not only shows that he is seeing something amazing but also it hints at his upcoming obsession with the protagonist. Showing this obsessive look also brings the title of the movie back into the story by making him look psychotic at the same time. This also reveals that the said “psycho” that the movie was named after it possibly Norman, using mystery to also unveil some of the mystery. The bright ray of light could also compare that what Norman is seeing is like looking into heaven or is of large amazement and shock.

I have improved my own shot in world builders through this because of how it directs attention around a shot only using the lighting that is given and seeing how my shot is set inside a factory that would be one of the most dominant sources of attention would be the lighting inside to guide the viewer around the scene. I have tried to incorporate lighting direction in a couple of different ways during my scene. The main and most subtle way is just the use of spotlight to mimic down lights in a factory this way I can Focus the attention on the main attraction and keep the uninteresting background props not to steal the attention away from the main attractions.

The second would be the sparks that are produced by the machines. I purposefully made them emit their own light not only because this is how normal sparks work but also because it can help to guide the viewers eyes down the conveyor as the camera moves. 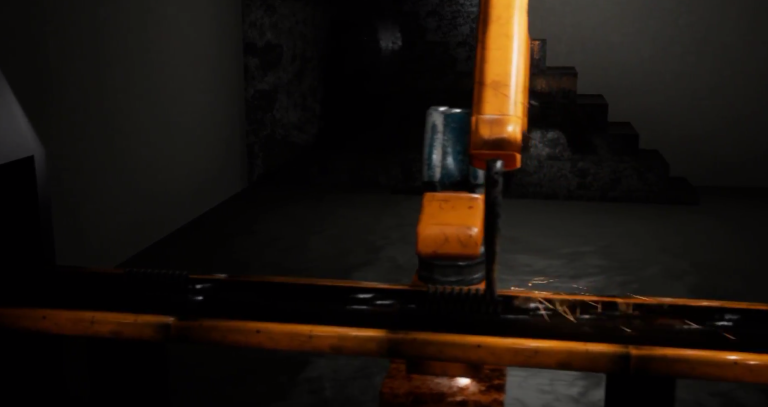 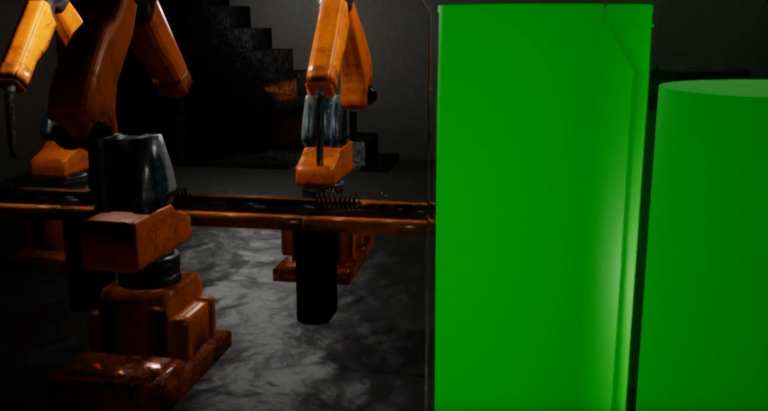